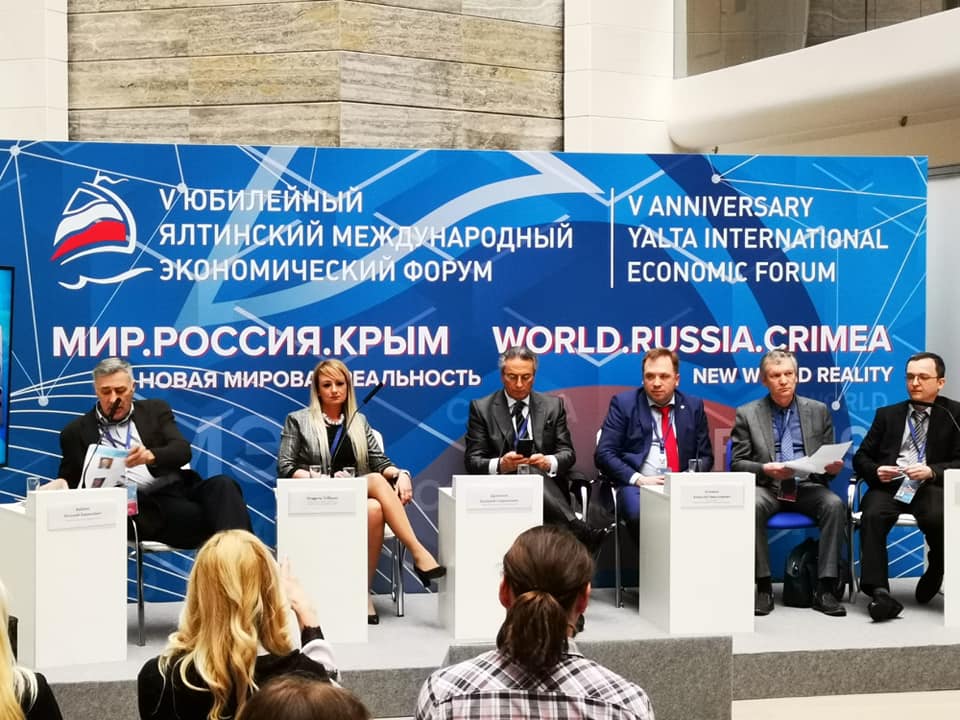 Dragana Trifkovic, Director of the Center for Geostrategic Studies at the International Economic Forum in Yalta

Digital economy is the term that emerged in the nineties of the 20th century as a revolutionary idea of ​​how the internet could change the business. It is defined as an economy based on digital technologies, including digital communications networks (the Internet, private value-added networks, etc.) computers, software and other related information technologies. It is a convergence of computer technology and telecommunications through the Internet. Digital networking and communication infrastructures provide a global platform where people and organizations interact, communicate, collaborate and search for information.

Nowadays, the digital economy can be found in all the economic and social processes in the world.

The rapid changes that have taken place are the new standards in business. We are increasingly moving away from the size and bureaucracy, and we are approaching the universality and individuality. These changes affect the labor market and the way the jobs are performed. However, what is crucial is the fact that the digital economy has led to a new way of thinking and managing.

In addition, it has conditioned the constant changes and necessity of adapting to new circumstances that will be constantly complicated in the future. Such a system will develop a system of competition, and each stagnation will lead to failure.

Digital economy stimulates economic growth and therefore it is necessary that information and communication technology be implemented in all areas of economy and society.

Developed countries are already focused in this direction, but it is also necessary to assist underdeveloped countries in introducing new technologies and ways of doing business. Today, its application can be seen in the most diverse branches of the economy, from trade and banking, energy, transport, industry and production, as well as in the field of media and publishing. The powerful impact of the digital economy can increasingly be sensed in the public sector, such as education and health. Electronic public sector management has drastically improved the relationship between management and users, or society.

Serbia, as a developing country, is trying to catch up with time, so digitization is a topic that is talked about a lot. On the other hand, the application of new technologies is a difficult process, especially in those systems that are not stable and that are facing with many problems. Digitization requires a strategic approach, especially when inquiring knowledge and innovation.

Serbia has a great scientific and research potential best known by the names of scientists who left a great legacy to the whole world, such as Nikola Tesla, who supplied the world with electricity and laid the foundation for the digital world in which we live today, Mihailo Pupin, who has perfected the telephone with his invention and enabled us to communicate at large distances today, as well as Milutin Milanković, thanks to whom we know that the climate on Earth is dominantly influenced by factors from the space.

However, the great obstacle to the adequate use of scientific and research potential of Serbia is insufficient investment in science. This is definitely a historical problem for Serbia, because in the past, our scientists were forced to use their potential in foreign countries.

Nowadays, young scientists leave Serbia and go abroad, because they cannot use their potential in their own country.

For the sake of easier illustration, I will share some data concerning the total budget funds for science in 2017 in Serbia, which amounted 0.4%, while in 2016 it amounted 0.39%. These are the official numbers of the Serbian Office for Statistics.

With such low allocations for science, Serbia cannot make any progress or use its own potential to do so.

It is also necessary to implement a reform of education that will prepare young generations for the businesses of the future.

According to the Global Innovation Index (GII) in Serbia, Serbia ranks 62nd (out of 127 countries) in 2017 and ranked worse in the segment of market sophistication (99th), which includes access to credit, investor protection and a number of projects funded by risky capital.

The lack of professional staff in the field of information and communication technologies (ICT) significantly limits economic growth and innovation. According to the ability of the state to "retain" and "attract" talents, Serbia occupies 132nd place out of 137 countries in 2017.

The academic and research network of Serbia is not integrated into European and global networks due to insufficient investments and a small number of financial instruments to support research and innovation.

Communication infrastructure in Serbia is underdeveloped and it is necessary to improve it. In 2016, 57.8% of Serbian households had Internet access.

These are all problems that limit Serbia in the race with new technologies and with matching the contemporary needs of society.

Considering that Serbia is in the process of Euro integration, it also receives recommendations and directives from the EU in the field of digital economy in order to harmonize its needs with the process or requirements that are set before it.

In June last year, the European Commission presented the Digital Agenda for the countries of the Western Balkans, including Serbia, although it is the country of the Central Balkans. Apart from Serbia, this Agenda was signed by Albania, Bosnia and Herzegovina, Montenegro, the Former Yugoslav Republic of Macedonia, as well as the unrecognized separatist entity of Kosovo. The objective of the Agenda, according to the European Commission, is to support the transition of the region into the digital economy, which should provide faster economic growth, more jobs and better services.

In addition, the goal is, of course, that this process will lead to connecting the Balkan region with the main centers of the EU. The Agenda stipulates that the EU will allocate 30 million euros for the entire Balkan region for strategic investments in the development of the digital economy.

However, apart from the EU, there are also investments in the field of innovation and digital economy in Serbia, by Russia and China.

On the other hand, Serbia has agreed with China to build a Serbian-Chinese industrial park in Belgrade, where it is planned for the high-tech companies to be present.

In any case, Serbia has already begun to introduce new models of electronic business in various fields such as trade, tourism, transport, banking, etc. which greatly facilitate business, but in order to make a serious step forward, there is a lot of things to do in the strategic plan regarding the problems that I have mentioned.

In the program of economic reforms of the Government of the Republic of Serbia for 2018-2020, some of the measures that should lead to the development of digital economy and improvement of the business environment are foreseen. However, in practice, these reforms do not give the desired results because the country's strategic plan confronts the emigration of the population, especially young scientists, an ineffective legal system, a bad business environment, corruption, etc.

The digital economy and a knowledge and innovation based economy is a development opportunity of the 21st century.

Therefore, Serbia should focus its attention on the development of this economy and support science and innovation, but at the same time, it should resolve all those problems without which progress cannot be achieved in any of the fields.