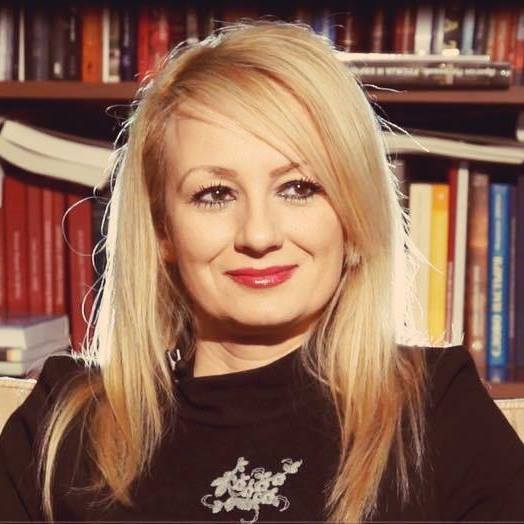 In the past months, we could hear various forecasts and warnings regarding the current conflict between the West and Russia, which concern a high level of misunderstanding on many issues, but mostly on the issue of Ukraine. The Ukraine conflict itself is seen by the West and Russia from diametrically opposite positions. For the West, Russia is an aggressive party that attacked a sovereign state of Ukraine. On the other hand, for Russia, Ukraine is a country under control of the Western power centers, which is committing genocide against the Russian population. According to Russian officials, the reasons for launching a special military operation (as they call the intervention) are threats to the national security of the Russian Federation and the need to protect the Russian population, which has been under attack since 2014. So far, the collective West has not wanted to accept Moscow's arguments, which has led to today's situation of the highest level of political conflict between the West and Russia after the Second World War, without direct confrontation. Nevertheless, Russia believes that it is still waging war with the West, taking into account the fact that the West is arming and training Ukrainian army, and also, according to Moscow, is encouraging aggressive behavior of Kiev towards the Russians.

At the time of the existence of extremely destructive nuclear weapons, the very thought of an direct confrontation between the West and Russia causes fear. However, it seems that certain political structures wish for such a scenario, which is extremely unreasonable. It is clear that the president of Ukraine, Vladimir Zelensky, believes that Ukraine's entry into NATO would strategically change positions in the conflict. However, it is precisely the expansion of NATO towards the Russian borders, which caused a counter-reaction from Russia.

The recent case with 2 missiles falling on Polish territory - which is a member of NATO, showed the quick reaction of Poland, as well as the EU. Quite predictably, Ukrainian President Zelensky, Minister of Foreign Affairs Kuleba and his deputy Meljnyk immediately blamed Russia without looking at the evidence, announcing that the territory of Poland was targeted by the Russian forces. Polish media reported on November 15 that two rockets fell not far from the border with Ukraine in the village of Przewodow and hit a tractor, killing two people. On that day, the Russian army launched over a hundred rockets into the territory of Ukraine.

The reaction of the Latvian Minister of Defense Artris Pabriks soon followed, who declared "My condolences to our Polish brothers in arms. Criminal Russian regime fired missiles which target not only Ukrainian civilians but also landed on NATO territory in Poland. Latvia fully stands with Polish friends and condemns this crime". The Minister of Foreign Affairs of Croatia made a similar statement.

The Ministry of Defense of the Russian Federation denied that Russian missiles hit Polish territory. It should be noted that all this happened before Polish military experts went to the field to investigate the case. What does that actually say? It has become common for certain political circles to blame Russia in advance, without any evidence. Premature reactions that are not based on facts in a situation where there is an armed conflict are more than risky and could have led to the full scale World War Three breaking out. If such reactions are not based on evidence, then they are possibly based on emotions or Russophobia.

Only sixteen minutes after military experts went to the field, the Ministry of Foreign Affairs of Poland issued a statement stating that the missiles that fell on Polish territory near the border with Ukraine were of Russian production.

Nevertheless, the American president's statement after the emergency meeting of the G7 leaders with NATO representatives in Bali a few hours later had the effect of extinguishing the fire. Joe Biden stated that preliminary data indicated that the missiles were most likely fired not by Russia, and that it was necessary to wait for the results of the investigation. After that, the Polish President Andrzej Duda announced that those were most likely the Ukrainian weapons landing on Polish territory. All of this speaks in favor of the theory that the Ukrainian leadership is striving to draw NATO into conflict with Russia, or at least individual NATO member-states, such as Poland, Latvia or Croatia, which have compromised themselves with baseless accusations against Russia.

The main question here would be “is there still a perspective for Ukraine to join NATO”?

Vladimir Zelensky said just a few days ago: “De facto, we have already made our way into NATO, De facto, we have proven compatibility with alliance standards. De facto. Today, Ukraine is applying to make it de jure. … under a procedure consistent with our significance for the protection of our entire community, under an accelerated procedure.”

NATO Secretary General Jens Stoltenberg later declared that Ukraine has the right to join NATO. However, this would mean that Ukraine would bring a war conflict as a dowry to the Alliance:

Stoltenberg said the decision on Ukraine’s possible membership was up to NATO’s 30 member states, but he reiterated that in the meantime, the alliance would continue to support Ukraine because “inaction is a greater risk” to European security“.

There is no question that Ukraine would benefit from NATO’s defining credo, which, as mentioned in the Article 5, says that “an armed attack” against any member is considered an attack against them all. But, as an alliance predicated on the doctrine of mutual defense, it would be highly unlikely to admit a country ensnared in war.

These words do not sound too encouraging for Zelenskyi's NATO ambitions, and in my opinion they signal the end of Ukraine's NATO perspective.

In addition, we should add media reports that the stockpiles of weapons in Western countries, including the USA, have reached a critically low level due to deliveries to Kiev, as well as statements by US military officials that there are no great prospects for an imminent military victory for Ukraine, proposing negotiations as a way to resolve the conflict. If nothing else, Ukraine might learn from the lesson with Poland that displaying Russophobia can backfire. Moreover,some officials have already claim that the false statements and calls for escalation make Zelevnsky lose his credibility. According to the Financial times, A NATO official in response told the paper: "This is getting ridiculous. The Ukrainians are destroying [our] confidence in them. Nobody is blaming Ukraine and they are openly lying. This is more destructive than the missile".