“In former Yugoslavia, the West is getting bogged down in its own lies”

The news that the court of Bosnia and Herzegovina has acquitted Bosnian “brigadier general” Naser Oric despite his crimes against Serbian POWs in Bratunac and Srebrenica has enraged the Bosnian Serbs. According to President of Republika Srpska Milorad Dodik, this verdict is one more proof that crimes against Serbs remain unpunished. President of Serbia Aleksandar Vucic ironized that the lives of Serbs seem to be not as precious as the lives of people of other nationalities but still urged the Serbs to try to build common future with their neighbors, the Bosnians.

The acquittal of Oric was not a surprise for either Serbian or Russian experts. They are unanimous that it is just one more display of the policy the world community has applied towards the Serbs since the collapse of Yugoslavia. According to Head of the Center for the Study of Modern Balkan Crisis, the Institute of Slavonic Studies, Russia’s Academy of Sciences, Yelena Guskova, the world community was unable to settle the conflict in Bosnia and Herzegovina. As a result, it decided to form an international tribunal, which has been mostly anti-Serbian ever since. “Encouraged by the United States and the European Union, the Bosnian court has ruled in line with this policy. This is why Dodik has once against appeared with the initiative to conduct a referendum on whether there should be such a court in Bosnia and Herzegovina or not,” Guskova said in an interview to EADaily. 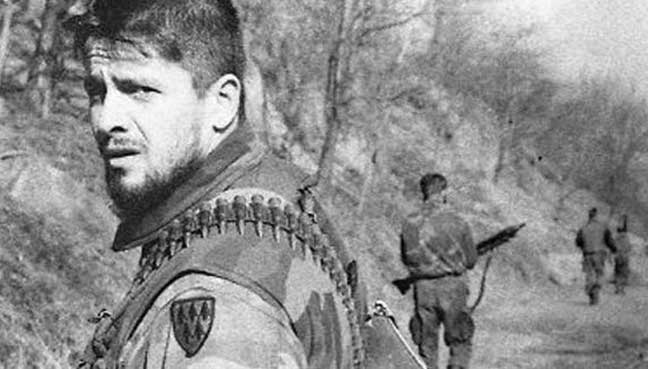 According to her, it is not because of the West’s fair attitude that Naser Oric, Hashim Thaci or Ramush Haradinaj keep appearing in courts for their military crimes in former Yugoslavia. “Simply, the Serbs keep trying to prove to Europe and the whole world that they seriously suffered during the war and that at least some of those who killed them must be punished. But the truth is that no single Bosnian Muslim or Croatian has been punished so far,” Guskova said.

According to the expert, Oric was arrested on the request of the Serbian authorities. “But when Interpol was already going to hand him over to the Serbs, the Bosnians asked to send him to Sarajevo and he was sent there. Had Oric been sent to Belgrade, the outcome of his trial would have been different. The policy of double standards is continued and the Serbs have suffered one more loss in their endeavor to prove their innocence. It will be hard for them to attain justice but they must not lose heart. They must continue collecting proofs. Milivoje Ivanisevic (Director of the Institute for Research on Suffering of Serbs in XX c. - EADaily) is collecting materials about Serbs killed in Bosnia and Herzegovina. This may serve as a good basis for such trials. The Committee for Cooperation with The Hague Tribunal is also very efficient in the matter. There are several such organizations in Republika Srpska and Serbia and they must continue this work,” Guskova said.

For Director of the Belgrade-based Center for Geostrategic Studies Dragana TrifkovicOric’s acquittal was not a surprise. “There is no independent court in Bosnia and Herzegovina. In fact, this is a state with no sovereignty. It has been formed just to be patronized by the “world community,” that is, the West. Since the conclusion of the Dayton Agreement, the West has been attempting to deprive the Serbian community of its powers and to revise the agreement. The Bosnian court’s verdict was just one of such attempts,” Trifkovic said in an interview to EADaily.

According to her, Oric is responsible for the killing of almost 3,500 civilians in Srebrenica and Bratunac in 1992-1993, when Bosnian Muslims attacked those villages and committed lots of grave crimes. The Hague Tribunal sentenced him to just two years in jail and even that shameful sentence was later annulled. “They in The Hague admitted that there were crimes against Serbs in Srebrenica in Sept 1992-Mar 1993 but added that there were not enough proofs for prosecuting anybody involved in those acts. But there were proofs that Oric was guilty. Simply, the Bosnian judiciary system has not been created for administering justice but only for protecting the ‘truth’ concocted by the West. Consequently, the principle of that system is ‘the qadi (a Muslim judge) accuses you and the selfsame qadi announces the verdict.’ Here we cannot expect any justice because in Bosnia and Herzegovina, judiciary is controlled by people who were privy to war-time crimes, that is, those from Alija Izetbegovic’s party,” Trifkovic said.

She is confident that the West has long realized that it made a mistake when it instigated a conflict in the territory of former Yugoslavia but is afraid to admit this in public. “The fruits of this policy can today be seen in the Middle East, where Islamic extremism is gaining momentum. But instead of trying to correct its mistakes, the West is getting bogged down in its lies,” Trifkovic said.

Her colleague from Belgrade, historian Marco Pejovic believes that Oric’s acquittal has nothing to do with justice in post-war Bosnia and Herzegovina. Its goal was to reconfirm the myths produced during the war of the 1990s, the myths that the Bosnians are the victims, while the Serbs are the aggressors and the criminals, the myths that there was a genocide in Srebrenica. This is the core of the Bosnians’ current policy. The West welcomes this attitude as it needs to protect its right to organize military interventions for the sake of human rights,” Pejovic said.

“The Serbian victims will never be recognized, their executors will never be punished as long as justice is in the hands of the butchers and their accomplices,” Pejovic said.

“Very soon, we will witness trials by the special court on military crimes in Kosovo and Metohija. And they will be just covers for terrorist acts against Serbian civilians. I don’t expect many guilty verdicts here. Most of those who committed crimes during the war in 1999 will be acquitted,” Pejovic said.

According to him, Oric’s acquittal has confirmed that one should not seek justice beyond his own legal system.

Researcher at the Institute for Slavonic Studies of the Academy of Science of Russia Georgy Engelgardt would have been surprised to see Oric convicted. “His acquittal is logical and fits well into the tradition set by the International Criminal Tribunal for former Yugoslavia: to acquit Bosnians, Kosovo Albanians and Croatians. Oric has not become an exception,” Engelgardt said.

“The key reason is that the courts considering such cases are politically motivated. But there is one more problem here: the Serbs are very careless in preparing materials for such cases. Lack of serious evidence was the key reason why Ganic and Diviak were acquitted. This is a big problem,” Engelgardt said.

One more problem is that the Bosnian judiciary is unable to execute basic state functions. “Abstractly speaking, Oric’s conviction would have changed nothing in relations between Republika Srprska and Sarajevo but it would have improved ties between the Bosnians and the Serbs. It would have become an example of fair attitude towards the Serbs and would have restored their confidence in the Bosnian authorities,” Engelgardt said.

“But the Bosnians did the opposite. Once again, they acted according to Orwell’s rule that ‘all animals are equal, but some animals are more equal than others’. And by doing this, they gave one more pretext to the Bosnian Serbs and their leader Dodik to say that there should be no centralized judiciary in Bosnia and Herzegovina,” Engelgardt said.

According to the expert, Western politicians always choose the path of least resistance. “It seems that the last decade has taught them that it may be dangerous for them to quarrel with figures like Haradinaj - those people are very emotional and can react with violence - while Serbs are not dangerous. So, each time they face a choice, they prefer acting against Serbs to punishing true criminals,” Engelgardt said.

According to the expert, when the Balkan wars came to an end, the international justice system had a hypothetical chance to take the heat off by punishing those responsible for the crimes committed during the conflicts but instead it appeared with very biased and politically motivated verdicts. “The world community has missed its chance to relax the atmosphere in former Yugoslavia,” Engelgardt said.