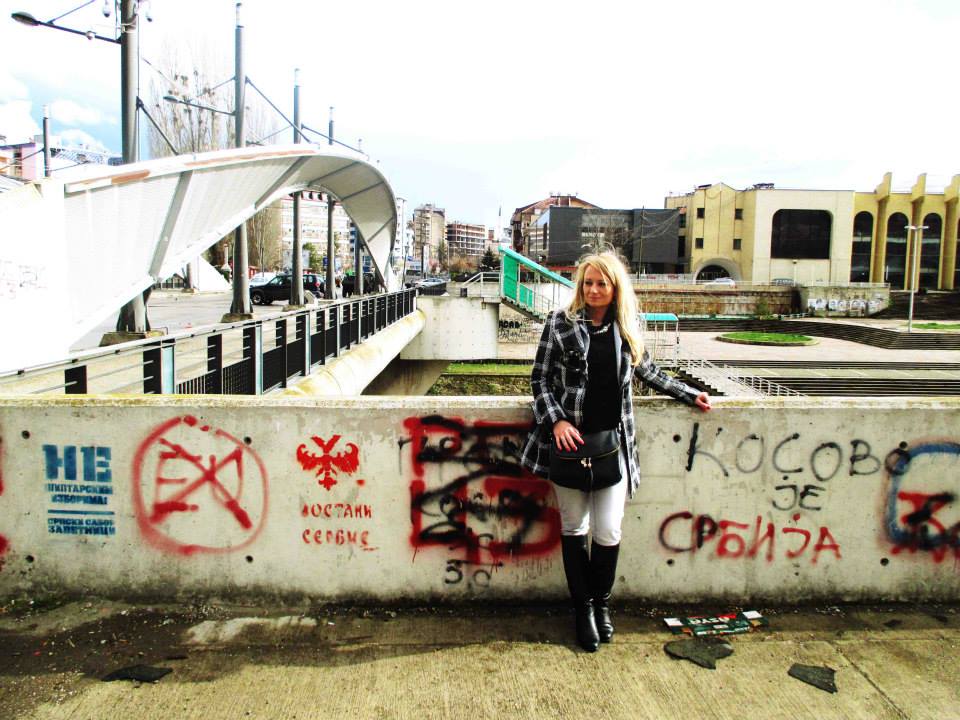 Dragana Trifkovic: Redefining the borders can be a particularly dangerous example for Europe

Dragana Trifkovic in the European Parliament

First and foremost, I would like to thank the European Parliament and especially Mr. Kohlíček for organizing this conference. The topic is more than up-to-date because there are pressures by the Western countries to resolve Kosovo's problem as soon as possible, but I am afraid that such an approach can only lead to a worse situation and to even more tensions. Especially now that there are increased tensions at the international level. Problems cannot be resolved by imposing violent and illegal solutions, and above all, it cannot lead to a permanent peace. Imposing violent solutions can only bring even greater violence, and we can clearly see it today in Kosovo.

NATO, led by the United States, carried out an aggression against Yugoslavia in 1999 without a UN Security Council’s decision and thus replaced the rule of international law by the rule of power. After 78 days of bombing of Yugoslavia, the Kumanovo Agreement was signed, on the basis of which the UN Security Council Resolution 1244 was adopted. This resolution is still the only legitimate framework for resolving the issue of Kosovo and Metohija. However, we are witnessing that the Western powers are persistently trying to solve the Kosovo problem outside the UN because some countries that have the possibility of veto in the UN, do not agree with the violations that are being done over international law.

From 2005 to 2007, negotiations were conducted between Belgrade and Pristina with the mediation of the UN which did not bring any results. Since the start of the negotiations, Serbia has been open to various proposals for a wide autonomy model for Kosovo, and Kosovo representatives wanted to talk exclusively about an independent Kosovo. The UN Security Council has appointed the former Finnish President Martti Ahtisaari as the UN envoy in the negotiations. At the beginning of 2007, Marty Ahtisaari offered a solution  for the Kosovo status which presupposed the so-called supervised independence. The submitted document only respected the interests of the Albanian side, violated international law and the territorial integrity of Serbia.

It was unacceptable for Serbia and the Serbian side refused to adopt such a plan. As the plan could not be enacted at the UN because of the veto of Russia, Western countries began to build independence of Kosovo outside the UN. The provisional Kosovo authorities adopted a "Declaration of Independence" in Pristina on February 17, 2008, which was based on the Ahtisaari’s plan, which also included a status solution for Kosovo.

Although the situation on the international scene is increasingly less in favor of Kosovo's separatism, the internal situation in Serbia has led to a new escalation of this problem. For the internal affairs of Serbia, the West is also largely responsible for supporting those political structures that were recommended as more cooperative in resolving the Kosovo problem under the protectorate of the Western powers.

The key moment for the further course of resolving the Kosovo issue was the relocating of the negotiations on Kosovo and Metohija from the UN to the European administration. However, here it is important to emphasize the following fact: it has been decided that technical negotiations are conducted under the auspices of the EU, but the issue of the status is unrelated to technical negotiations, and is only under the competence of the UN. As the Western powers failed to implement the Ahtisaari plan through the UN because of the non-acceptance of Serbia supported by Russia as a permanent member of the UN Security Council, they started to implement that same plan in a different manner, with the objective that when the plan is actually implemented on the ground, they will ask the UN to accept the factual situation.

Brussels negotiations between Belgrade and Pristina have continued at a higher level from 2012 and instead of being kept in a technical format, they were raised to the level of talks between the two prime ministers, and now between two presidents. They resulted in the signing of the First Agreement on Principles that regulate the normalization of relations, also known as the Brussels Agreement of 2013, in which the parties agreed on the integration of the State institutions of Serbia into the system of Kosovo institutions and the establishment of the Community of Serbian Municipalities.

The Brussels Agreement that was signed corresponds to the needs of implementing the Ahtisaari Plan and its implementation is the last blow to the Serbian institutions in Kosovo and Metohija. It violates the Constitution of the Republic of Serbia. Although the State of Serbia fulfilled all the obligations of the Brussels Agreement, the Albanian side did not fulfill any of them, even the establishment of the Community of Serbian Municipalities under the Constitution and the laws of an independent Kosovo. Instead, the Kosovo authorities began forming the Kosovo Army, which is a direct violation of the UN Resolution 1244.

We are now in the Brussels final negotiations that brought no results, but the EU wants  to end these negotiations by May 2019 when new elections for the European Parliament will take place, with a "Comprehensive Peace Agreement" to be signed by Belgrade and Pristina. Such a document, compiled by the EU, is already largely supported by the Serbian President Aleksandar Vucic and the so-called Kosovo President Hashim Thaci. This document includes the idea of demarcation between Serbs and Albanians advocated by the President of Serbia Aleksandar Vucic and it involves a redrawing of the existing borders of Serbia and the surrender of almost the entire territory of Kosovo and Metohija to Albanians, as well as the southern part of Central Serbia. In return, Serbia should retain control over a small part of northern Kosovo where Serbs are a majority, and this should be presented as a success for Serbia.

The Comprehensive Peace Agreement is also based on the Ahtisaari’s plan on Kosovo's independence. This document should also serve to pressure primarily Russia to allow independent Kosovo to enter the UN. In that sense, the document itself calls for the amendment of the UN Resolution 1244. 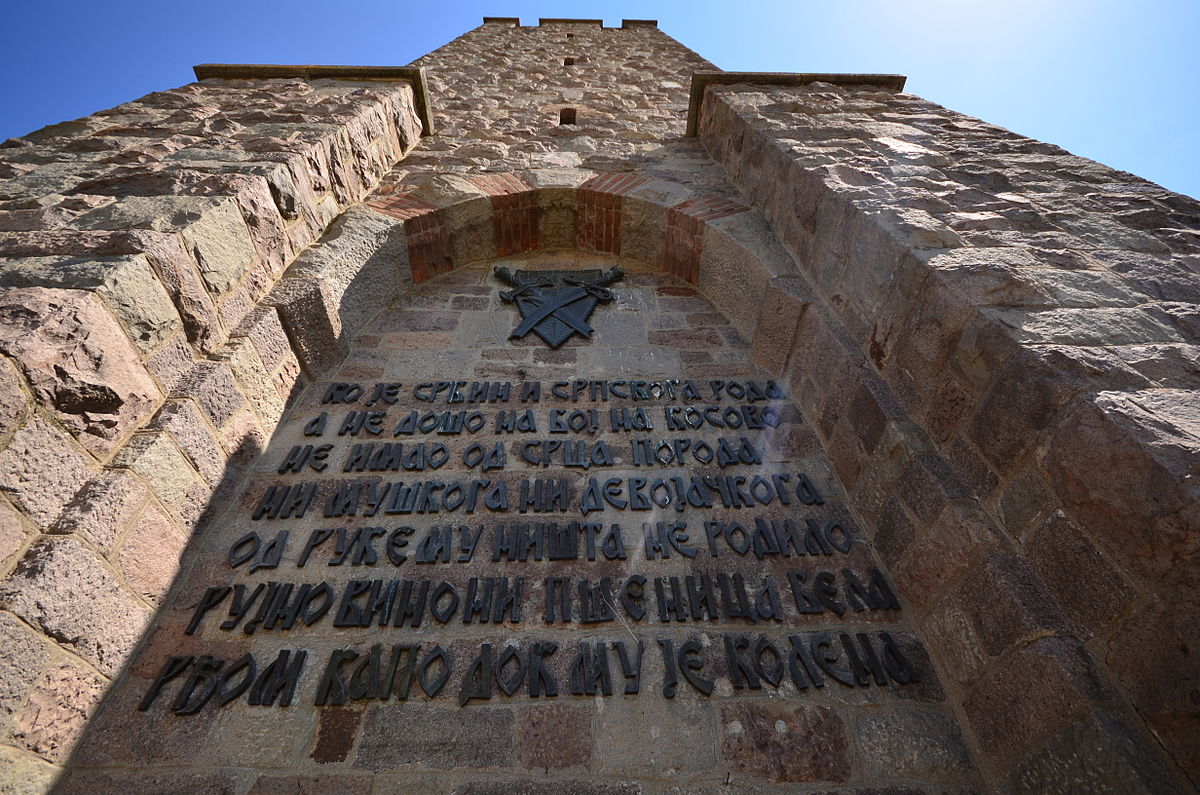 I am hereby urging those of you who are in the European Parliament, to do everything you can to avoid the signing of such a document because it represents a harsh violation of international law, of the Constitution of the Republic of Serbia and it represents a way for the legalization of a criminal State.

Next year, 20 years after the NATO aggression against Serbia, the United States would like to end the issue of Kosovo. But ending with Kosovo, it opens up a Pandora’s box that can destabilize many other regions. There are many more potential Kosovos  throughout Europe, and the legalization of separatism would bring them new perspectives. By signing the "Comprehensive Peace Agreement" with Pristina, the president of Serbia would not only free the Albanians from responsibility for all the crimes they committed, but he also would relieve NATO of the responsibility for the aggression that was committed against our country.

The claims that the signing of the "Comprehensive Peace Agreement" with Pristina will bring a lasting peace to the Balkans has no basis, as the territorial pretensions of the Albanians will not stop. The Albanians adhere to the concept of "Greater Albania", which implies the unification of all the territories inhabited by Albanians.

Redefining the borders can be a particularly dangerous example for Europe and could spark new conflicts. Certainly, the interfering of the West in the sovereignty of other States is a very dangerous practice. We have seen the examples of it in the political processes in Serbia where there was a degradation of the rule of law, democracy and freedom, and all this is imposed by western countries that try to present themselves as democratic. The elections have become useless as national governments meet the demands of Brussels. There is no democracy and respect for the will of the people.

We have seen on the example of Kosovo, how they make politicians out of terrorists and how they can dismantle the legal institutions of a State in order to give the power to the illegal ones. The Serbian people is opposed to the violent dismemberment of the territory of Serbia and to the attempts to separate Kosovo and create a special State. The Serbian Orthodox Church confirmed at the Church Council that "The preservation of Kosovo and Metohija as an integral part of Serbia by all international standards, and in accordance with the Serbian Constitution and with UN Resolution 1244, does not mean confrontation with the world, but rather the affirmation of the position that without the fundamental rights and freedoms of one nation, its identity, spirituality and culture, there cannot exist a stable long-term solution."

Otherwise, European countries will bear historical responsibility for the collapse of the rule of law, the promotion of separatist movements, the destabilization of the Balkans and the violation of the integrity of the State of Serbia.

I am afraid that with Serbia, the European countries will also pay a too high price for the problems that will be caused by the collapse of international law and of the rules by which the world was functioning, if such tendencies do not stop.

At the very end, I would like to thank Mr. Jacques Hogard, who commanded the French forces of KFOR in Kosovo and Metohija, because he is today here with us to once again testify about the experiences he had in Kosovo. The Serbian people will be eternally grateful for his courage and honesty.

Thank you for your attention.