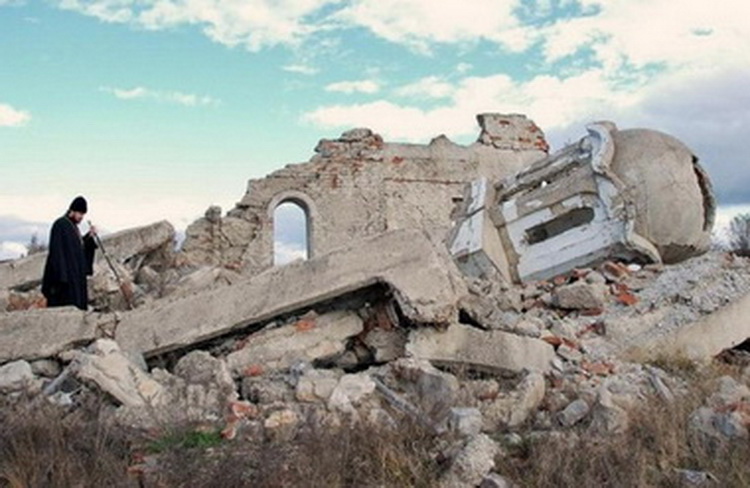 Jacques Hogard in the European Parliament

I am pleased to be here today at the invitation of the Center for Geostrategic Studies in Belgrade, here in the European Parliament.

As a senior French officer, I served in Macedonia and then in Kosovo in the first half of 1999. When I was assigned to the French Special Operations Command, I was appointed as the head of the joint special forces group that intervened before the French KFOR Brigade’s deployment under the command of NATO.

It is for this reason that I am speaking today, having published a few years ago a book with a deliberately provocative title: "Europe has died in Pristina". If you have not read it, I recommend you to do it! There you will find my testimony on this tragic period. 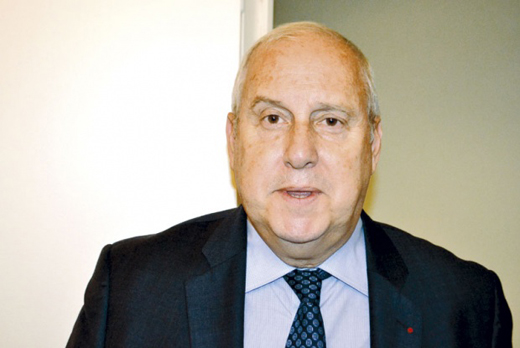 If one speaks of Kosovo, its full name Kosovo-Metohija, it is indeed not possible to ignore the past of this region, the ancient past, the cultural and religious history, the history of the Serbian and Orthodox identity always present through the innumerable and very old monuments, churches, Serbian monasteries found throughout the province, but also the recent past, and especially the events of the 1990s that culminated in 1999 during the war that was imposed on Serbia, with the support of NATO and the European Union to the Albanian KLA rebellion.

It is in this context that I myself intervened in Kosovo at the head of French special forces under British command.

What struck me in Kosovo in 1999 was, first of all, the very large misinformation that preceded and justified the NATO aggression.

Indeed, it is because the word "genocide" was pronounced by the American president Bill Clinton and his secretary of State Madeleine Albright - who gave the fatal and false figure of "100,000 dead" in Kosovo - that the NATO will allow itself to attack Serbia in March 1999, after the unacceptable demands made by the Allies to the Serbs during the Rambouillet negotiations which forced them to refuse the Diktat the Allies wanted to impose on them.

However, it will be seen after the 1999 war that the number of the victims from all origins, all ethnic groups, civil or military, will be less than 6,000.

Which is far too much of course, but which has nothing to do with a "genocide". What struck me next was the disproportion of the military means used by the allied coalition against the little Serbia. I remember in particular massive and endless air bombings, which caused many innocent victims, not to mention the physical and psychological wounds.

It was clear that it was a question of a forcibly proceeding with the separation between the Republic of Serbia and its province of Kosovo, one could even say, the amputation of one of its most important territorial entities. And not just any, because while Kosovo-Metochia is today inhabited mostly by Albanians, this has not always been the case, and this province remains for the Serbs the historical, spiritual, cultural and identity core of their nation.

Of course, the UN Resolution 1244 (still in force, never refuted since 1999) allowed a ‘de facto’ separation, a separate administration, for an unspecified period, but clearly recalling Kosovo's membership in the Republic of Serbia.

Nevertheless, the goal has been reached and after the anti-Serb pogroms of 2004, intended to continue and speed up the ethnic cleansing, the scenario that happened in 2008 had the objective of fulfilling the goal that the Albanian rebellion has set for itself with the complicity of NATO :  the unilateral declaration of "independence" of the so called "republic of Kosovo".

This new "State" is thus born of an unjust war, provoked on the European continent against a European state, certainly not member of the Union, by other European States, remotely controlled by the United States of America, in order to “punish” Serbia for wanting to maintain the very principle of its sovereignty and territorial integrity by fighting an armed rebellion developing in the province of Kosovo and Metohija.

What would we say tomorrow in France if the department of Seine Saint Denis, now mostly populated by foreigners from North Africa, intended to proclaim itself as an "independent republic"?

This is basically the very problem of Kosovo.

And this puppet State - without identified resource - unsustainable as such - is now a source of very strong tensions throughout the Balkans. We see it every day or almost.

The UN Resolution 1244, which recalled as basic principles the inalienable membership of Kosovo-Metochia to the Republic of Serbia, heir to the Federal Republic of Yugoslavia, and the necessary demilitarization of the KLA, is thus violated twice:

First by the unilateral declaration of “independence” of the Albanian rebels.

And now by their willingness to turn their local security force into a real army.

This, the UN Resolution 1244, still in force, forbids it strictly!

Today the Kosovar authorities practice a sneaky hostile policy to the Serbian, Roma and Gorani minorities. In particular hostile to the maintenance of orthodox monasteries and religious communities who live there and pray there.

On a daily basis, it is not good being a Serbian, Roma or Gorani in the province of Kosmet today.

All persecutions, vexations, spoliations, physical violence are possible at any time.

It has been seen many times recently, during the visit of the Serbian High Representative Marko Djuric, who was arbitrarily arrested by the Kosovar police while visiting Serbian enclaves in Kosovo; we saw it during the arbitrary arrest of the French Arnaud Gouillon president of the remarkable French NGO "Solidarité Kosovo"; we saw it again last Friday at dawn with the violent intervention of this same “Kosovo police” against Serbian citizens of Kosovska Mitrovica, whose fate is unknown until today. And finally, the authorities in Kosovo recently introduced high taxes to all products coming from the central Serbia, even medication and food, which puts in life danger many Serbs in the province.

Obviously, the so called "republic of Kosovo" is anything but a State of law, a democratic State, where the rights and dignity of the human person are respected.

The fact that this “puppet State” is today supported with large amounts of European public money by the European Union is for me a real subject of shame and indignation. I allow myself to say it here.

It is also true that seeing the  “president” of Kosovo welcomed in Paris with great pomp and ceremony during the Centenary of the  1918 Victory, is also a subject of shame for me, as a grandson of two French officers badly wounded during the Great War and as a grand nephew of a young officer killed in 1917 in the north of Macedonia.

Moreover, I learned yesterday that the Albanian Prime Minister, Edi Rama, presented at a joint meeting of the governments of Kosovo and Albania in Pec the idea of ​​a "national project of unification of Albania and Kosovo.

Edi Rama invited the Kosovan Prime Minister Ramush Haradinaj to start developing a "joint strategy for the unification of Albanians by 2025".

Is the old dream of the League of Prizren about to be realized?

In any case, I have never personally thought that the "Republic of Kosovo" has a future; I said it and wrote it: this puppet State has no other solution than to join back the Motherland, Serbia, or to merge with conquering Albania. But it would be a real "hold up", as iniquitous and incredible, which would be achieved in a quarter of century by the mafia clans of Kosovo with the blessing of international institutions.

If that were to happen, it would certainly be the beginning of a period of very great unrest in the entire Balkans.

We, the French people, have seen in 1871 what happened to Alsace-Lorraine unduly annexed by Germany!

It took almost 50 years, then a world war and its millions of deaths for these French provinces to finally return to France, their Motherland.

Let us be clear, it will be the same with Kosovo in due course.

That is why, if we want to avoid new a kindling of the region, it is essential to return to the fundamentals that the UN Resolution 1244 very well expresses in its own way.

Kosovo and Metohija is an integral and inalienable part of the Republic of Serbia.

That it has a certain autonomy is perfectly conceivable but with respect for the sovereignty of the Serbian State.

The latter must be restored and the European Union will grow by helping with all its influence.

It would be the only real means of guaranteeing future generations in this part of Europe a just and lasting peace.

Finally, let me add that reconciliation between the different communities populating Kosovo is only possible if the whole truth of history is restored and the responsibilities of each are well defined.

That is why it seems essential to me that the judicial procedure initiated within the European Union a few years ago, in 2013, concerning war crimes of KLA and in particular the abominable organ trafficking crimes denounced in the Dick Marti Report, which was expected to give results in 2015, will be reactivated and completed.

The credibility of the European Union is at stake.

Thank you for your attention.