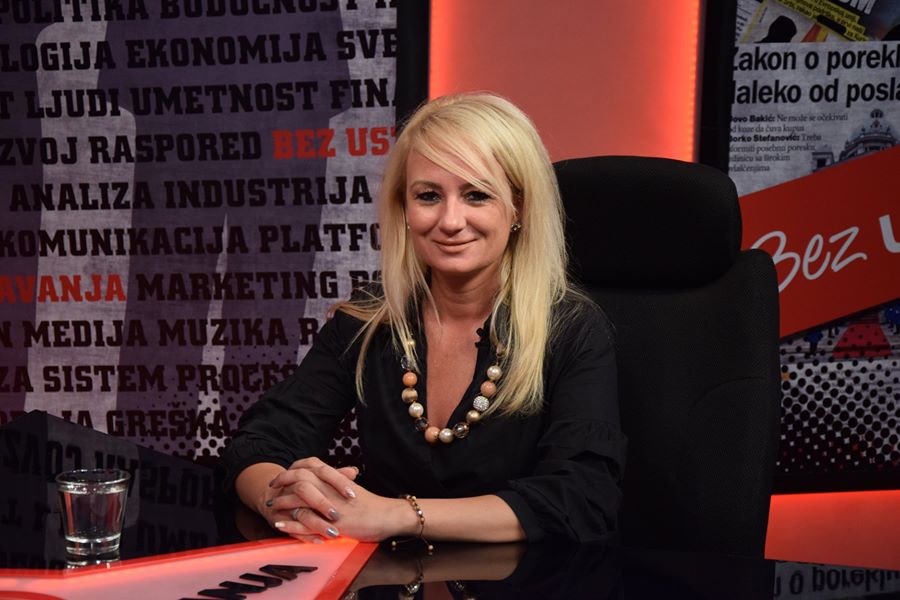 Dragana Trifkovic:The regime in Serbia is abusing the media to attack political opponents

Dear members of the management of the Association of Journalists,

Dear members of the Association of Journalists,

I am hereby writing to you about the alarming situation in Serbia regarding the abuse of the media by the ruling regime.

Serbia is a country where fundamental democratic principles have been stifled and where media obscurity and one-track thinking prevail.

Serbian President Aleksandar Vucic, former Minister of Information of the Milosevic regime, is abusing the media to deal with his political opponents.

He has abolished freedom of speech, and anyone who speaks out is persecuted by the editors of the media he controls (Srpski Telegraf, Informer, Espreso, etc.). For each political opponent, the president of Serbia has ten committed pseudo analysts, who are constantly invited on national channels such as RTS, Pink, Happy and others to attack political opponents of Aleksandar Vucic.

On the other hand, we who have been attacked, have no opportunity to say anything in our defense, to publish any denial or to explain to the public that it is about political persecution and manipulation. We have no media approach and no possibility to oppose the monstrous lies that Aleksandar Vucic spreads to the public.

With such behavior, the President of Serbia demonizes his political opponents in public and draws targets on their foreheads.

I would like to recall that the late Oliver Ivanovic was an opposition politician from Kosovo and Metohija and that he suffered the same kind of media demonization, which may have influenced the tragic outcome and his murder.

This has not prompted the regime in power to reconsider its actions, but it has continued to harshly persecute and lynch political opponents, publicly referring to them as criminals, thieves, tycoons, nazis, drug traffickers and various other names, without any evidence.

I will present you my case as a journalist, I did a report for a newspaper in 2014 when I was in the Donbass war zone, in order to present to the public who fights in this zone and with what motives

Along with a newspaper article about the war in Donbass, photos taken during conversations with the fighters were also published at the time.

For months now, the media under the control of Aleksandar Vucic have been periodically publishing one of those photos of the war zone, where I am, as a journalist with a Russian volunteer, with the title that I support neo-nazism.

As proof, they attach a photo from 15 years ago showing the same soldier with a Nazi flag. Whether it is a fabrication or not, I cannot determine, but in any case the question arises as to whether this means that a journalist interviewing a person automatically shares the views represented by the person being interviewed?

Is it normal for the media to harass me in this case and call me a Nazi because, as a journalist, I did an interview with someone who, according to them, was photographed with a nazi flag 15 years ago?

This is just one of many examples in the sea of media attacks that I and many other Serbian journalists and politicians who do not support the ruling regime are enduring.

I am writing to you, as a professional association of journalists, to urge you to react to the terrible propaganda being conducted in Serbia, which may have serious consequences for the people who face such attacks.

Please let me remind you that journalists and media freedom are protected by international law. The United Nations Security Council Resolution 1738, adopted unanimously on December 23, 2006, recalls the Geneva Conventions and Protocols I and II, with particular attention to references concerning the protection of journalists. Also, the United Nations Security Council Resolution 2222, adopted in 2015,  is the first Security Council resolution referring to the right to freedom of expression as envisaged in article 19 of the Universal Declaration of Human Rights. Finally, media freedom and safety of journalists in Council of Europe member States, are guaranteed by Art. 10 of the European Convention on Human Rights.

Please inform the members of your association, fellow journalists, about the situation in Serbia and provide us with professional support in the fight for media freedom in Serbia and an end to media manipulation and abuse.

Director of the Center for geostrategic studies

author, jouralist and a frequent contributor to the world's media